Recently, I was afforded the opportunity to visit Beijing Sports University. The University is simply enormous, and equally prolific in terms of academic and athletic outputs (more on both of these later) currently housing ~15000 students, and at the most recent count available, via the good folks at wikipedia, has produced 73 Olympic gold medals. Needless to say being asked to speak here, more specifically being entrusted to speak here by the WINTEC team was an honour, a privilege and a pleasure. This post details my visit to BSU, my outings around Beijing and what I’ve learned on the trip.

The working portion of my visit was to deliver two lectures, and hear about the research going on at BSU from two of their PhD students. I presented on two topics: Nutrition for Ultra Endurance Running and Menthol as an ergogenic aid for endurance activity. The first lecture was more applied, in that it told the story of our case study of a recreational ultra runner across two attempts, which we’re trying tirelessly to get published, and the supporting nutritional theory and considerations for practitioners. Presentation can be found here.

Secondly, I spoke about menthol. For those that don’t know, this is my PhD topic and I’ve published a review of the literature to date with Chris Stevens on this (paper can be found here or via Researchgate). This lecture discussed the evidence in the aforementioned review, and my PhD work to date. I think this lecture was better received than the first, and the more I speak about menthol, the more I’m finding people are engaging with this novel strategy. We have some great athlete feedback on the menthol mouth rinse, and at the time of writing I am thumbing through data and awaiting to hear back from a conference abstract submission. Given the ongoing and growing interest in this area, I hope Chris and I can find the time to adapt the paper into a blog post, and that researchers continue to investigate the applied advantages of this cool performance booster, if you’ll pardon the pun. Again, lecture can be found here, with accompanying video here (Quicktime file).

I also had the pleasure of listening to two brief presentations from BSU PhD students. First up was He Zhang on core musculature activation during aerial skiing. This was a fascinating talk that identified functional asymmetries in these athletes, and discussed the pros and cons of this. On day 2, Yan Li spoke about the ability of creatine to combat glucose deprivation induced deficiency in cortical neural activity. Bit of a mouthful but a fascinating talk, I feel this has so many potential applications but it was a shame to hear Li describe his studies as ‘just basic work’. 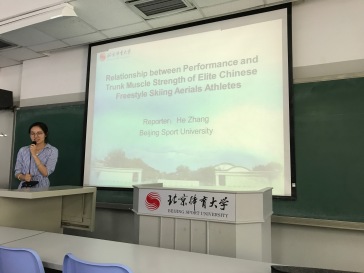 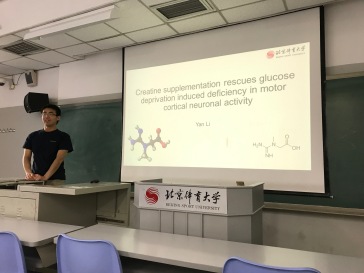 Following these sessions I was given a guided tour of the teaching and athlete labs by Associate Professor Jun Wang. Up until this point I had been questioning the purpose of my visit a little, whilst it was great to speak I didn’t see the value for BSU in my being there, or in the value of WINTEC possibly partnering with BSU. The lab visits changed my mind. It was a pleasure to witness up close some preparations for western blotting and chat with a researcher about their current mice preparations; discuss their uses for their DXA, visit some sports Alzheimer’s labs and a whole host of other activities ranging from the standard VO2max testing of athletes (of which Dr. Wang plans to perform 2000 this year for his latest work on VO2 limiting factors) to students assessing the action potentials of BK (literally Big Potassium) channels. Dr Wang then went on to show me the athlete labs where their full time athletes train and are monitored. The ground floor is devoted to biomechanics and conditioning, with further exercise facilities on the second floor; the third floor is dedicated to altitude with 14 living compartments and several training and observation labs which can be elevated to ~4500m. Phenomenal stuff.

I am excited about partnering with BSU, whilst their sports facilities are also second to none (more on this later), their research capacity and capabilities are really attractive; not just for the likes of me to up-skill, but possibly for students to come and learn something different, in a different culture, from different voices. On that note, I must say the aforementioned PhD students delivered their presentations in English for the first time in their lives and bloody smashed it!

Simply, if you’re an athlete of any sort you’ll most likely find not just a coach, but specialist facilities tailored to your sport on a grandiose scale at BSU. I took quite a few pictures on my guided tour(s) round the sporting facilities, largely because the campus is so impressive but the best way to get to grips with the scale and quality of the facilities is to take a look at some of the photos below. 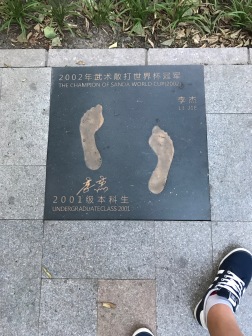 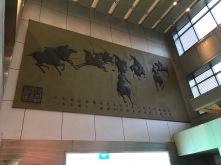 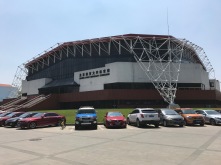 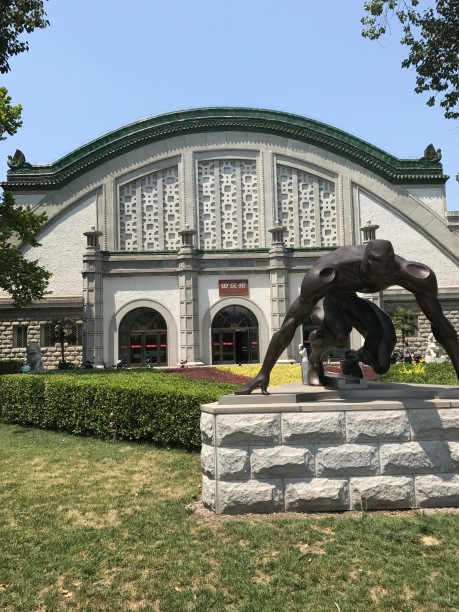 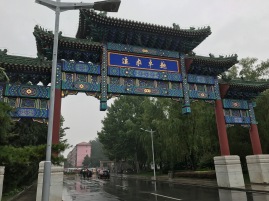 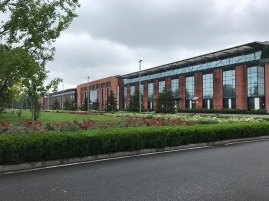 Away from the campus, I made it my mission to decompress and take in as much of Beijing as possible. I did much of this on foot, and in my first two days had racked up a tally of around 35 miles worth of walking! The photo album and videos below show my visits to the Old Summer palace, the Olympic Park and Forest, the Summer palace and the Forbidden City.  These are all stunning places and exemplify what I was told about China’s attitude to construction and business before I came: Build it big, build it to last. The Summer Palace is breathtakingly beautiful and a definite must, but the lesser rated Old Summer Palace alerted me to just how modern much of Chinese history is. Most of the ruins are built under a European influence/style and were destroyed by Anglo-European forces between 1700-1800, this was a busy time for the Old Empire, communicating with and messing up pretty much all of the world simultaneously it seems. We also visited Tiananmen Square, but out of respect to my hosts and the tragic events that took place there I couldn’t bring myself to document this in any tangible way. All I will say is that is incredibly harrowing to ponder what happened that day, and it has left me asking questions of my own convictions. 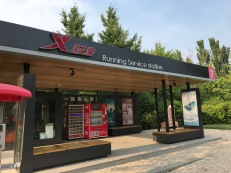 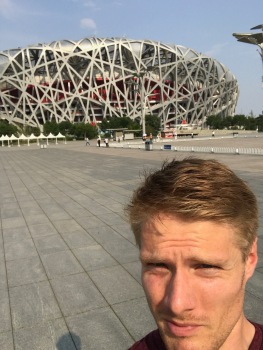 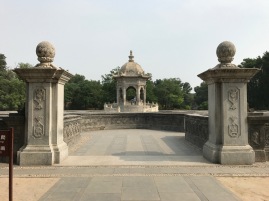 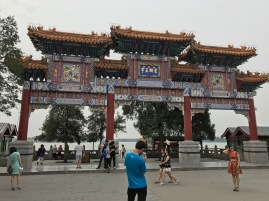 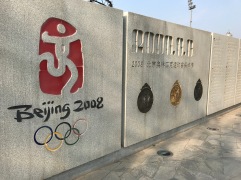 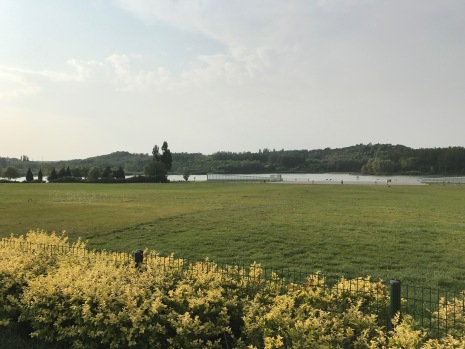 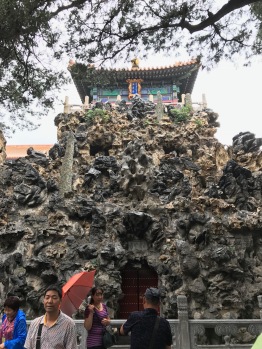 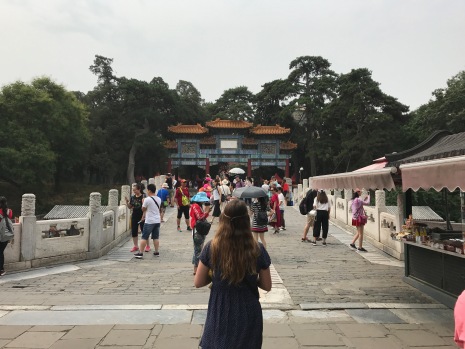 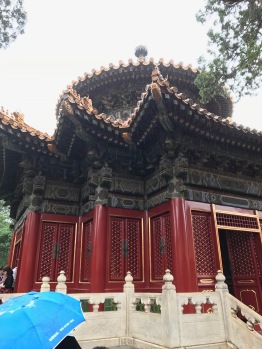 There may be value in a systematic approach, but does this constrain the athlete? During an epic thunderstorm I watched Kilian Jornet’s documentary Summits of My Life. In which, he talks about his emotions when mountain running, this is especially poignant as the filmmaker captures him chatting to a sports psychologist following the death of a close friend and mentor, Stephane Brosse. This seemed remarkably at odds to the athletes I saw churning away on the treadmill at 3000m earlier that day. No doubt both approaches can produce incredible athletes, one is certainly more empathic but there are also many benefits to being in a system (take the USA distance running projects movement for instance) – we won’t solve this one in a blog post, nor do I feel we have to, but it bears thinking about.

Thanks for reading, until next time…