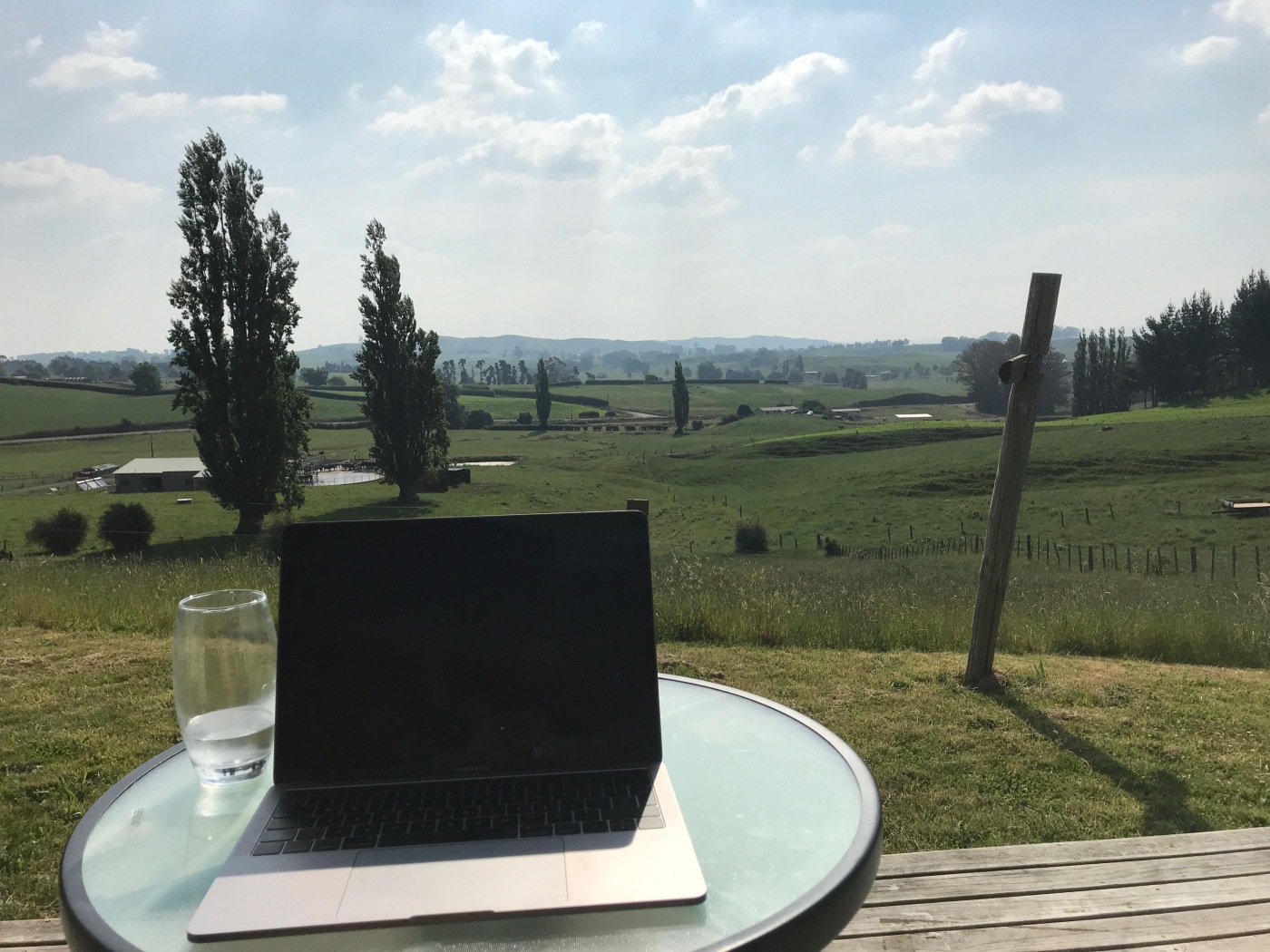 Some thoughts on a good year

2017 has been busy, and as is typical of pretty much anyone who decides to pen some thoughts for the internet to enjoy I too feel compelled to look back and reflect. The past 15 months or so have been full of firsts for Alice and me, to name a few we bought a house, got a dog, moved to the other side of the world, started dream jobs, and got married. In terms of the bingo card of life we’ve ticked off a few boxes. A 2016 read from Brad Stulberg recently reminded me that it’s not always about the outcome(s), but engaging in the processes and reflecting upon the learnings that take place along the way that ultimately drive successes. I have found this to be the case over the past year or so; things won’t go perfectly but working at getting to where you’re going is as valuable as the desired outcome. Below I share some thoughts on a good year:

Learning on the job

Never having been privy to the admin involved in academia, the volume of paperwork, planning, moderation and refinement was daunting as I begun my first year teaching. Getting three modules ready to run in about as many weeks was intense, but the task was never insurmountable and getting through this made my second semester’s planning a whole lot easier, freeing me up to be creative in my delivery and assessment(s): Myself and two colleagues implemented a three way case study across nutrition, physiology and strength and conditioning. The assessment aimed to highlight the challenges of being an applied practitioner, focusing on your strengths and appreciating other specialisms whilst keeping the athlete in mind. We’d like to think this went well, but it certainly needs refinement: students who got it really got it, but there was a proportion who nailed the basics, but not the specialist detail required for higher percentages. I followed this up with an ‘open book’ exam for my third years in which they had three hours to answer three questions, with two weeks prep to develop their thoughts. As with the case study some nailed it but others struggled. Interestingly, it was two students from outside of New Zealand that struggled, and upon reflection with them the assessment was maybe too far removed from their previous educational experiences for them to score highly.

What is important to those doing the teaching, may not be the same as what is important to those doing the learning. I learnt this through some pretty pointed but vague feedback from students this year, a couple of emails with the tone of ‘it’s not me saying this, but I’m writing on behalf of others’ and comments on my teaching style, again with a bit of ‘we like you, just not what you have to say during our lectures’. It’s tough not to take this to heart, especially when you’re trying to make the kidney interesting yet relatively simple. However, this was a perfect opportunity to apply some elements of a teaching course and break out of ‘lecturer mode’. For the scientists in the room there is plenty of evidence to support this, and even papers to help you do so – a quick Google Scholar of terms such as group based learning, large group learning and adult learning is time well spent.

Feedback is critical – getting it to people on time is perhaps more important than the quality and depth as this can always be added face to face after class or in a student meeting. I’ve been poor at this, but found that providing audio files is a quick and easy way to mark and feedback to students quickly. This was recommended to me by a colleague, and I gave it a go for the first time when our online marking platform wasn’t letting me mark in the conventional way – it worked a treat! It’s your voice and directed to the student, I’ve found a 90-second time limit is digestible and still allows you to say a lot, provided you’ve the work in front of you.

There will be hurdles. Life happens. No one mentions death or terminal illness when you start the job. It just doesn’t make for nice reading in the welcome package. There have been moments this year when students’ relatives have passed away, or in the case of one student he bravely confided in me that he wasn’t over his wife’s death and needed to withdraw. These are testing and deeply personal moments, whilst every institution has procedures to deal with bereavements each instance is unique, taking the time to put the student first and ‘making it work’ for them is certainly challenging but can be extremely rewarding.

On a more positive note, I got to visit China and Japan – I look forward to welcoming a visitor from BSU, and collaborating with Teikyo in supporting their Ekiden runners in 2018. I also presented at SESNZ, and hope to have more to do with the organisation going forward, especially as they launch their journal in 2018.

Running is the easy part; it’s life that gets in the way.

Some, most likely more colourful, version of this sentiment has been my coach Steve’s mantra this year…and it rings true! Between the move to NZ, starting a job, trying to keep up with PhD graft, international travel and a couple of house moves it’s no wonder my training and results have been inconsistent. I have had good spells of up to 95miles per week, but seem to be hovering around 75-80miles at the moment. Volume is important, but it’s limited in terms of its specificity. As Renato Canova says:

This year I’ve come to think that volume should be (in part) a product of, and not a metric in a good training programme. This was hit home when attending a recent Steve Magness lecture at AUT/SPRINZ. Steve discussed tenets of his coaching philosophy such as density (space between key sessions as it pertains to individual athletes) and never leaving anything behind (shifting specifics to marry up to the part of the season). Personally, I like these concepts and the idea of shifting the specifics can extend beyond running itself into factors such as stretching, conditioning and body composition. With a 50minute drive to work most days now, stretching is no longer a 1%er (read percenter) for me but has a cumulative knock on effect in terms of training quality and quantity. Food at work is often calorific and not of a great quality, so packed lunches are likely better for the waistline. Recognising and addressing other shifts in priority will be a big 2018 goal.

You’re in it together

Buying a house; getting married; moving country. Big steps, and in hindsight each one comes with it’s own challenges and unique benefits. All of them come with a ‘There’s nothing like waking up the day after you’ve…’ feeling. The best part of all of these acts for me has been sharing them with others, especially Alice. The move has been challenging as finding work for Alice wasn’t easy, but she’s now part of the historic Kihikihi Polo Club which has meant many sunny afternoons around the pony lines for us both, Alice working, and me developing my thoughts past this previous blog post on Polo and Sports Science.

Beyond marriage, I’m very lucky to be part of a great team at work, and have been afforded the opportunity to run our departmental Applied Practice Group (APG). A special thanks to Pete Maulder for reassuring me I was the man to get it going. Sharing ideas has been a great way to incubate a developing research buzz in our department, and I look forward to extending the APG in 2018 to more of those within and outside of the institution. Thanks must go to Phil Hurst (video), Matthew Wright and Nic Berger (video) who have all done me the favour of beating the time difference to present for us, and Chris Stevens for paying us a visit from Coffs Harbour. Communicating science is something I’m passionate about, and feel its an obligation to be better at it, whether it be engaging with press (as we did here), or simply giving strategies a go before teaching them or implementing them. People latch onto anecdote more easily than evidence, but we must refrain from using anecdotes as evidence. I can’t find the TED talk that addresses this best, but a bit of John Oliver never hurt anyone…link.

Perhaps one for the above section, but I’ve missed having regular training partners this year. They bring accountability, support and a weird strength in numbers that only those who’ve ran in a good group will know. Steve Shaw’s New Marske athletes along with Jonny Taylor and Matty Hynes made up my training circle back in the UK, meaning it was quite difficult to run on your own more than a handful of times per week, and not be in near international company. I’ve joined Hamilton City Hawks and the club relays roaring round Rotorua in a minibus and screaming at athletes was brilliant, but the solo miles are a more frequent test compared to my previous set up. I’m glad of the company of fellow expat and super-vet Steve Rees-Jones when I can get it. Like anything else, adapting to the change takes time.

Heading into 2018, I’ll try to implement some of what I’ve learned in 2017, with a view to being a better athlete, educator and husband.

Better basics and not leaving anything behind will be big process goals for me in 2018. What this looks like in reality I’m yet to quite figure out, but knowing that consistency begets consistency they seem like a reasonable place to start.

I will also make time for turned off time, whether it be reading, stretching or just sitting and chatting to my wife, New Zealand has taught me that family and the health thereof comes before, yet somewhat paradoxically drives, performance in work and sport.

There’s a view from the end of my drive that looks across to two mountains, both formed 2.5 million years ago, Kakepuku and Pirongia. Looking across the other day, I was reminded of the North York Moors, and that they have been farmed for ~10,000 years into their current guise; it got me thinking about how running thousands of miles along trails shaped me and perhaps that landscape in some small way. Whilst this year may not have gone perfectly, we influence the landscape of others with our contributions, I look forward to being part of a bigger picture in 2018.